Over the last couple of weeks, we have been illustrating different aspects of the Standardized B Military Truck (Liberty Truck). We have shown you the monstrous wheels of the vehicle and highlighted the engine that makes it all work. We have even shown you some great period photos and documents on the truck. Yet, we never really covered the reasoning behind the truck and its importance in today’s military.

Prior to the design of the Liberty Truck, the military used several different manufactures for their military vehicles; FWD, Packard and Pierce Arrow are just a few of them. This of course created many problems for transportation at the front. One problem in particular was the amount of spare parts needed for all the varieties of trucks used. During the war, to keep the motorized fleet of the Allied military afloat, a 12 story building housing over 2,000,000 parts and needing hundreds of clerks was required. At the same time, mechanics and operators were forced to learn different vehicles and the how to work on each one. Just imagine the learning curve that the soldier/mechanic had to deal with, all while dealing with the pressures of war and the enemy on their doorstep. Heck, mechanics today have a problem working on vehicles outside their knowledge.

Could you imagine taking a Toyota Highlander into a Chevy dealer and saying you have a problem? The mechanic would most likely look at you with crossed eyes. Yet, prior to the introduction of the Liberty Truck, the military mechanic and operator had to do such a thing. 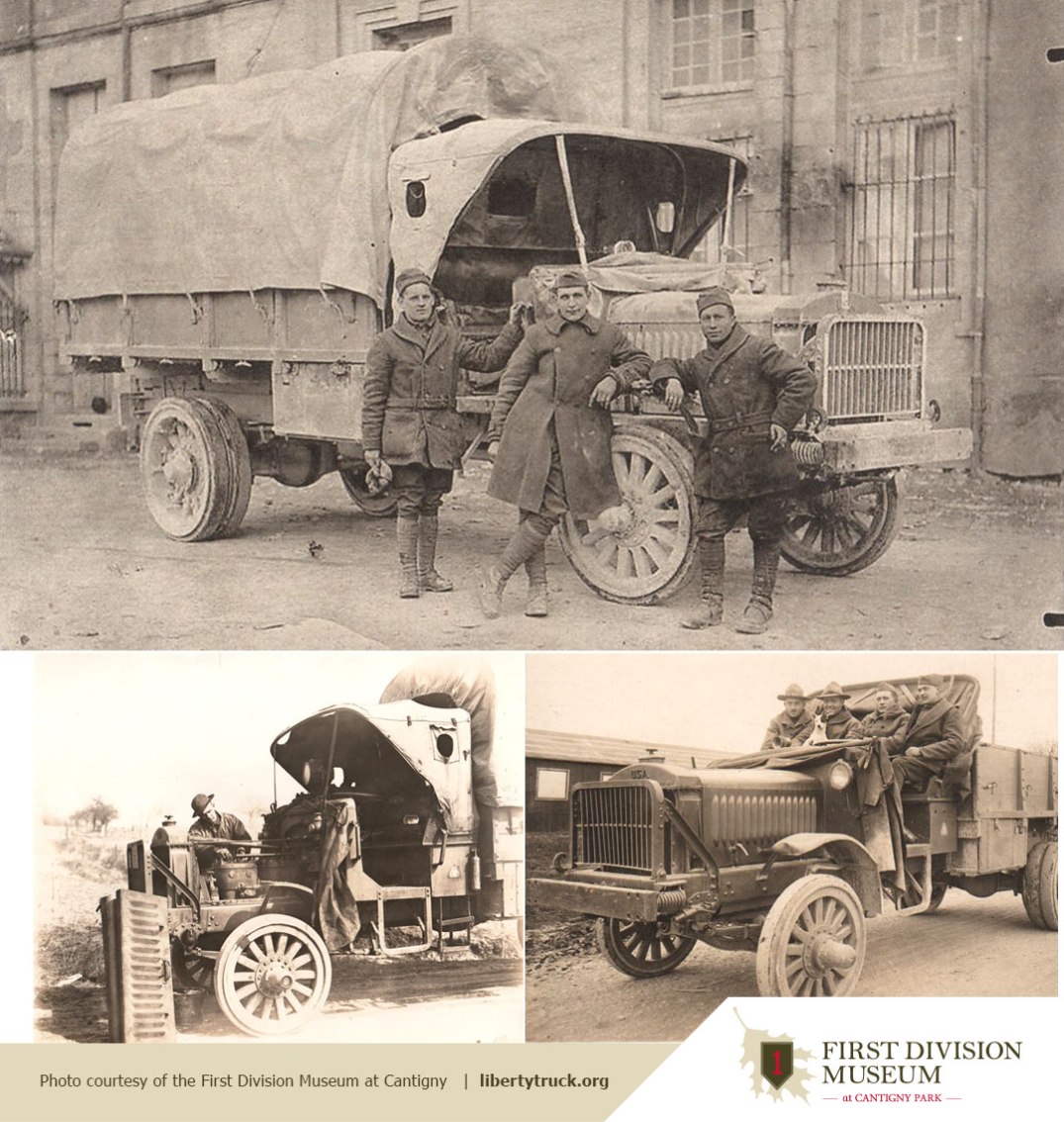 The creation of the Liberty Truck solved many problems. Though it was not considered to be the “ultimate truck” it did cut the spare parts inventory to approximately 7,500. As an observer stated in 1917, “if the army possessed a million of them, there would still be only 7,500 kinds of parts to carry for repairs and replacements.” At the same time, it allowed the mechanic and operator to learn and become extremely familiar with one vehicle instead somewhat familiar with dozens. Lastly, the Liberty Truck brought together the best minds in the automotive industry of the time to create a machine to help win the war. In the long term however, the Standardized B Military truck set the stage for standardization of the military. From January 1, 1918 all the way up to today’s military, the United States military vehicle fleet has been and will be standardized.